The images are not clear, and the Qataris admit they do not know who is responsible. A group of bizarre symbols have been found on sandstone rock formations in the Qatari deserts. Satellite images,… 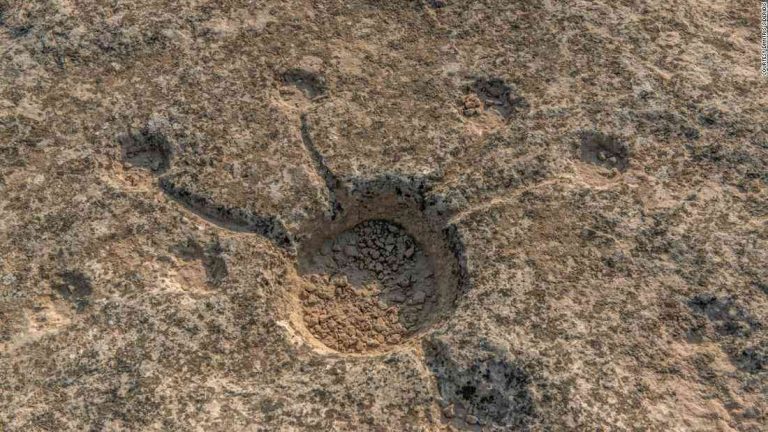 The images are not clear, and the Qataris admit they do not know who is responsible.

A group of bizarre symbols have been found on sandstone rock formations in the Qatari deserts.

Satellite images, reviewed by The Telegraph, show the symbols carved into rocks in the Qatari Sahara desert.

The symbols are said to be either geometric patterns, non-geometric, or each of those symbols in different shapes.

The Times reports that the way in which the symbols are carved also suggests that they are unique. The head would appear one way and the shoulders different shapes. The palms are equally positioned, indicating they were used on more than one rock.

No one had spotted the symbols before and the Qatari government is also at a loss to explain who is responsible.

The figures were almost certainly not made by craftsmen. Those scenes have only occasionally been seen in traditional Qatari art.

Many have tried to decipher the symbols.

The UK Parliament’s foreign affairs committee has to this date failed to find a workable explanation of who is responsible.

It did, however, raise the possibility that the Qatari government might be the culprit.

The geographer, Tony Purcell, told the BBC that traces of Qatari ancient Arabic script were found nearby.

“Local people said that there were drawings and they could not tell them apart from the regular patterns and outlines of the letters of Arabic.”

War spokesperson Carol Harlow said that when the Qatari royal family tried to carve out a seat at the United Nations on the red planet, NASA only allowed them to use the right-to-left version of the Arabic alphabet and made it pretty clear that the Qatari rulers couldn’t modify it to get around that.