England’s captain Alastair Cook watches his team batting against Australia at Headingley, northern England on August 7, 2016. England won by five wickets. (Reuters) England were bowled out for just 147 on day one… 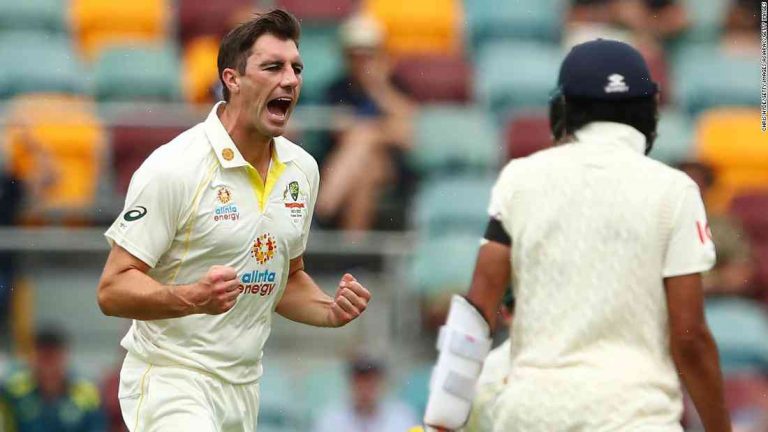 England were bowled out for just 147 on day one of the Ashes at Headingley.

Australia were in total control of the game on a glorious day of cricket in Leeds after winning the toss.

Their bowlers were at their miserly best, with James Anderson and Stuart Broad both taking two wickets each.

At the end of the day Mitchell Marsh (72) was the pick of the bowlers for Australia who will be pleased with the way the ball came onto the bat.

Steve Smith (11 not out) and Pat Cummins (0 not out) were the other wicket takers for the home side.

As England batted the first session showed the home side were vulnerable to taking a short, sharp delivery on to their stumps.

And so it proved as Joe Root (3) was bowled between bat and pad by Josh Hazlewood.

Opener Jason Roy (9) was then stumped by captain Steve Smith as England found themselves 6-3 after just 3.4 overs.

The remainder of the match will be played on Sunday at the first npower Test match with the Ashes determined down to the wire, as will the final series of matches at Lord’s and Chester-le-Street.

You can see how the action unfolded below.

– Poll: Is the NCAA corrupt?