I saw you buggin’: Fox News throws some sparkly fireworks at criticism of its tree

Following the release of I Saw You Boiling Pot, quite a few commentators have been inspired to write more serious pieces about racism in Halloween costumes, notably again on Thursday. This one is a… 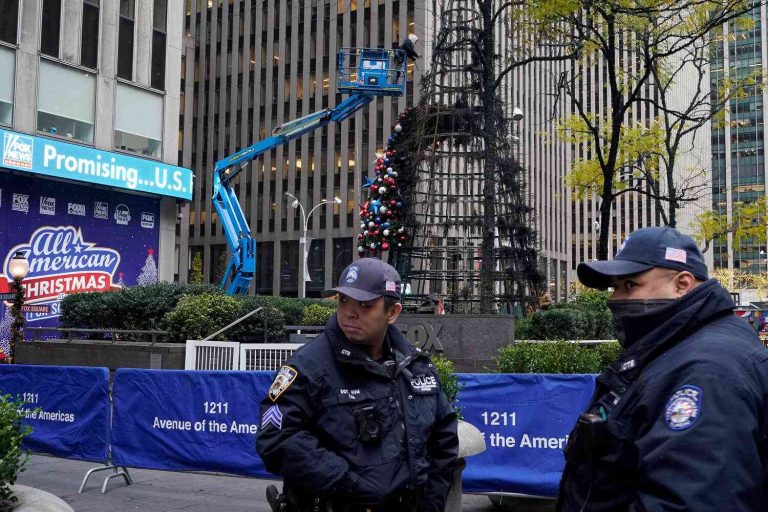 Following the release of I Saw You Boiling Pot, quite a few commentators have been inspired to write more serious pieces about racism in Halloween costumes, notably again on Thursday. This one is a bit more original. FOX News’ live holiday tree in New York City was ablaze on Thursday night, reportedly due to a disgruntled Christmas decoration employee for whom there was an unspecified amount of insurance money to be paid, a story that none of the anchors on the network are going to be fact-checking.

The holiday tree has become one of the best-known ever-saturated displays in the heart of Manhattan, and part of why it is so iconic is the contrast with the serious, dour feel of the rest of the building. The host of America’s Newsroom over the weekend, Gregg Jarrett, actually did a story about the firefighters’ union after an official wagged a finger at them during the Fox cutaway to the tree-lighting ceremony, but he was far from impressed. “You see, you guys aren’t very serious,” he said.

The tree was featured on camera during the opening of a recent episode of The O’Reilly Factor, though not to great effect. The episode’s opening credits feature a black-and-white photograph of the tree with fireworks exploding at the base. It was one of those quick, quick, quick seconds of visual appearance after delivery. So fast, in fact, that MSNBC made a separate segment featuring a closer-up. MSNBC realized that if you wanted to draw attention to an image that you meant to draw attention to, you couldn’t have it on camera. The writers wisely tried another route: The imagery of the tree was carefully manipulated to make it seem as if fireworks were about to burst up in front of the holiday tree, and a fire truck appeared. It was an effective approach.

The reasons I like the Fox News Christmas tree are threefold. First, while it is weird for anyone to think that a racist view of people of color is that they want to burn down some tree in Manhattan, it’s even stranger that such an insult to those of us who celebrate Halloween is not able to be diminished by a little bit of white-hot ridicule. I can see white people thinking that the Christmas tree might be a harmless Christmas decoration dressed up in blackface. That’s understandable. The holidays are often colored with holiday-specific costumes that celebrate the holidays in blackface. (I just want to go ahead and drop this little jab at Cindy Crawford and I was lying. You want me to mention Ellen DeGeneres’s half-naked Betty Boop outfit? I’m in.) What is clear from this illustration is that people don’t seem to accept at face value whether they’re celebrating black and white differently.

Second, of all the moments in the FOX report where the focus was on a black man or a woman, there was a couple of instances where commentary by a white person wasn’t needed. One reporter in the FOX clip says, “Jesus Christ would be horrified.” A clip followed with the statement: “There is no such thing as the perfect Christmas. Jesus Christ would definitely be appalled at that.” So here we have a black man saying that Jesus Christ is upset about one particular holiday version of Christmas decorations being burned down. Jesus Christ is outraged! It’s just a case of “j-berg”, where it was a few seconds after the footage was altered that a middle-aged, male face popped up, and it was a very happy guy, someone who probably saw the segment and thought, hmmm, black people should be able to protest in a more reasonable way than some shot of fireworks were going to do.

Third, this is the way things are done when you hold a national news network account. And the criticisms make for powerful television, because you’re watching men (not to mention women, who somehow still take this particular kind of racism lightly, no matter how plausible the motivation) who clearly don’t understand how much a glance at black costumes changes the narrative of whatever the criticism is about.

If anything, I think it’s representative of a larger problem with Fox News, who are lousy with canned reference points when it comes to criticism, just as you can see that cultural references about Halloween costumes are too often drowned out by the jabs about history that come with them. It just starts out as a jibe, or an innocent enough comment that you do not really think anything is wrong.

The Three Ontario Political Leaders in the Race For Premier