More than one hundred long-haired employees waiting for shift starting at Walmart in Westminster, Texas, slowly move off to the room next door. Only 35 minutes remain before the first shift at the Walmart… 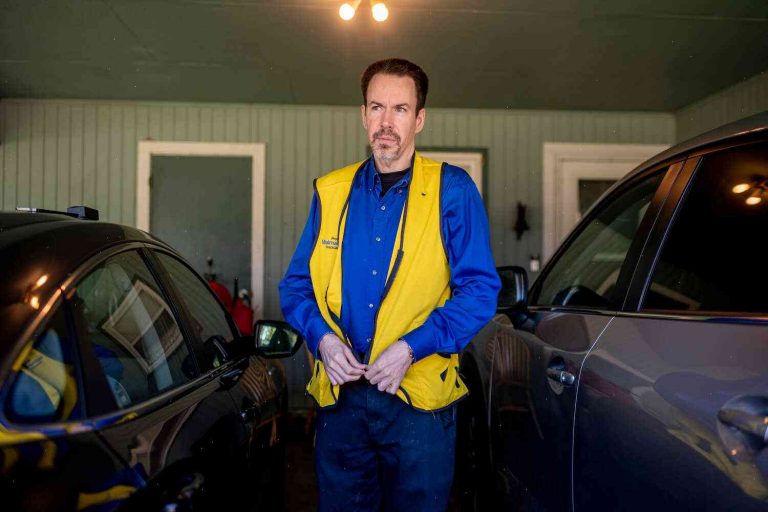 More than one hundred long-haired employees waiting for shift starting at Walmart in Westminster, Texas, slowly move off to the room next door. Only 35 minutes remain before the first shift at the Walmart Supercenter kicks off and a dozen men and women have already gathered outside, craning their necks and fingers through the makeshift fence to photograph workers inside.

Leah Salinas, a mother of four working at Walmart in Victoria, Texas, is standing in line. “It’s hard,” she says, when asked how she balances working two jobs while raising her family. “We just don’t know what our economic future is going to be like. And I try to help my husband as much as I can.”

Once in the doorway to the dining area, Miss Kate, one of the women out front, brings out a trucker’s hat, sort of a hat-in-a-bag. “They’re here to serve us!” she says as a young man who looks to be in his mid-20s carries three veggie trays. “We are serving them!” Miss Kate points toward the customer who ordered. “I’m cooking,” she says. Miss Kate, like many of the dozens of women gathered outside, was hired at Walmart because of its low wages and encouraging work environment. But on this morning, she is secluded from the fast food cooks working in a nearby restaurant.

Walmart has come under fire for its wages and working conditions, with reporters getting their hands on extensive internal documents describing a severely underpaid workforce. Among other allegations are that warehouse workers struggling to support families earn as little as $7.10 an hour in Missouri.

Inside the sprawling store, dozens of workers – many of them women who would say they are single mothers or new immigrants – shift quickly through assembly line after assembly line, filling shopping carts with old shirts, pants, underwear, and hangers. On the first shift of the week, the store opens at 5 am, so the majority of workers sit at the start of the store, getting up only to go to work. The first manager, Marcelo Puña, looks toward the customer ordering the huge container of assorted rice and beans and signs the order.

“Our first customer is in here,” Puña says, as she ducks her head behind the counter, while a large man speaks in Spanish to a busy woman and then, with ease, orders the goods. “She wants the cheapest thing possible,” Puña explains. “She’s the holy grail. I’m here to serve her, too.”

“We make as much as we can under the circumstances,” Puña says. “Everyone here is trying to make enough money so their families can live, so we don’t complain.”