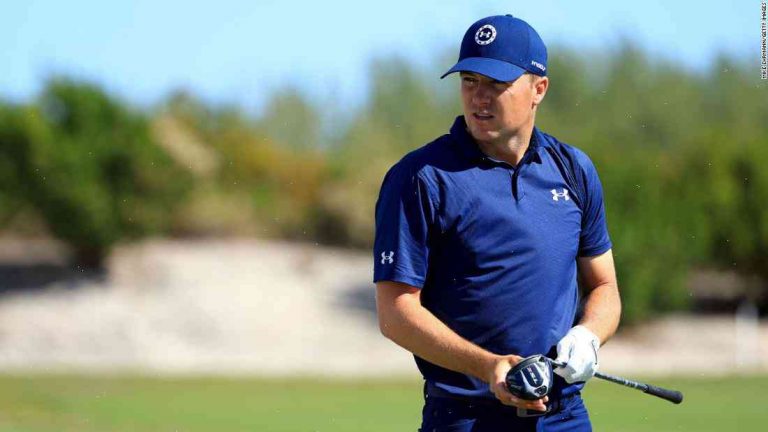 Jordan Spieth and Henrik Stenson were penalised two shots and dropped shots respectively after mistakenly entering their balls into their next-to-last positions at the third hole of the third round of the Open on Friday.

The defending champion and Open champion, both in the hunt for the third leg of a calendar grand slam of golf’s four majors, both saw their shots charge down the hill towards the lake guarding the 18th green at the Swilcan Castle links course in Dornoch, Scotland.

Rory McIlroy and Phil Mickelson, along with American Zach Johnson and England’s Paul Casey, both carried the first two places on the tee but they all hit cards within six yards of the third tee.

Johnson and Casey dropped from one and two to four and a shot respectively while the British Open and Masters champion, Sergio García, hit his card in 18th place.

The world No 2 and world No 3 now share seventh place in the tournament at St Andrews.

A British couple celebrates 20 years of marriage on Thanksgiving

They call it the Green Light, but it’s actually the red-light train you need to avoid