A Lebanese-Canadian man has gone on trial for money laundering and helping his offshore company ship millions of dollars in mortar shells that prosecutors say wound up in the hands of ISIS. Rami Makhlouf,… 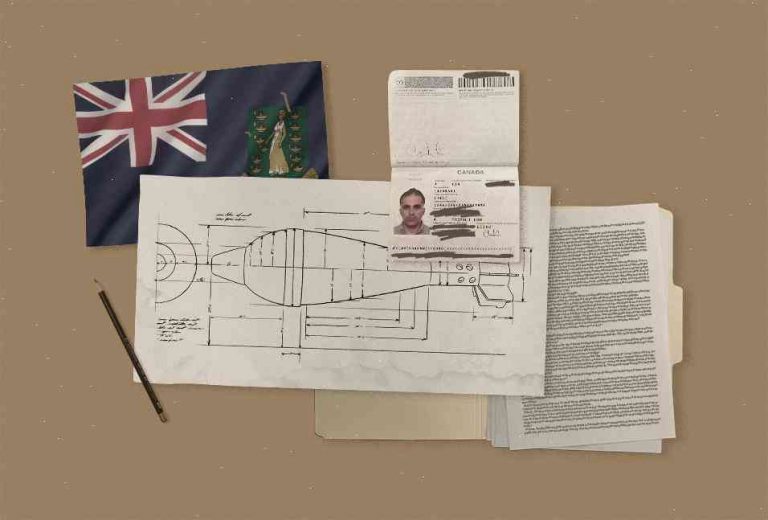 A Lebanese-Canadian man has gone on trial for money laundering and helping his offshore company ship millions of dollars in mortar shells that prosecutors say wound up in the hands of ISIS.

Rami Makhlouf, 32, appeared in a Jordanian court this week to face the money laundering charges and a charge of smuggling chemicals without a license.

He also faces charges of money laundering, laundering money and facilitating the transfer of chemical weapons to Syria, says the State Department.

In 2015, Makhlouf was arrested for giving a false address when he attempted to cross into Jordan from Iraq. The Court of First Instance in Amman ruled him innocent of the same charges in 2016.

Lampes Holdings is said to have bought American-made M26 rocket propelled grenade launchers from the U.S. Army. The Pentagon says the RPG’s M26A1 has a range of more than three miles and an effective range of 2.9 miles.

In 2013, and 2014, Liberous shipped more than 1,500 tons of components used to make artillery and rocket propelled grenade launchers, including GPS systems, electronic warfare equipment, tear gas dispensers, and flash suppressors, to Syria, according to prosecutors.

“Makhlouf crossed many lines of good and bad conduct during his time of investigation,” said Judge Juma Radhi of the Special Investigative Unit, tasked with prosecuting the case against Makhlouf, who was formerly Director of Communications for President Michel Suleiman of Jordan.

Makhlouf’s co-defendant Nadhir Ahmed Makkash, a Jordanian citizen of Palestinian heritage, has also been charged with money laundering and fraud, according to the State Department.

Makkash, the second accused, is alleged to have stored close to 700 boxes of silencers, M25 grenade launchers, hand grenades, and 5,000 gallons of gas to use as a suffocation device on a large farm he owns in the eastern Jordanian town of Qalqilya.

While Liberous made the shipment to Syria, prosecutors allege that Makhlouf participated in a land deal with Makkash, purchasing 400 acres in the eastern Jordanian town of Amman from him for about $2.5 million.

The Jordanian government does not believe that Makhlouf made the Iraqi-bound shipment of munitions himself, but rather that he did provide key financial support to Makkash, the State Department said.

Meanwhile, Jordanian authorities have opened a second investigation into accusations that Makhlouf paid more than $50 million in bribes to Tanzanian officials to obtain passports for three women from East Africa who claimed to be pregnant while being held in a Tanzanian prison.