On Sunday, Ekpo Ekpo, a 20-year-old Nigerian cyclist was mowed down and killed at the Lekki toll gates, Lagos. Ekpo’s older brother Bernard Ekpo spoke to the Guardian about his brother’s life and death… 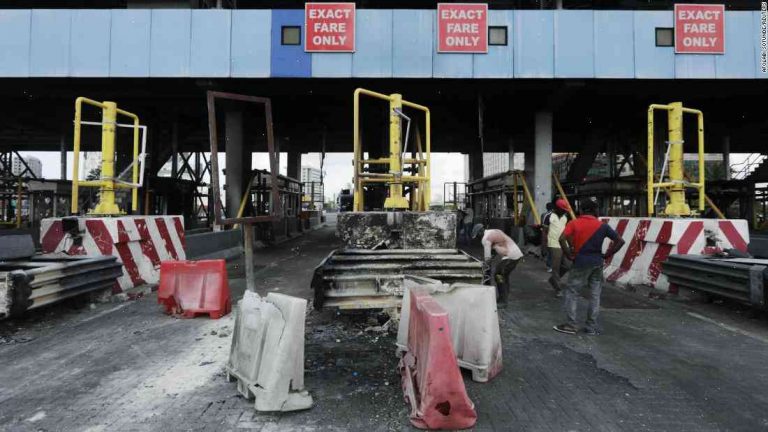 On Sunday, Ekpo Ekpo, a 20-year-old Nigerian cyclist was mowed down and killed at the Lekki toll gates, Lagos.

We heard that he was running out of petrol. He was desperately trying to park the vehicle and get more. My mother said to him, “Just stop there.” So, he stopped there. He started to walk away and the truck was coming really fast, it was killing people, so they had to overtake him. My mother tried to shield him but they smashed into him and killed him.

We went to the hospital where they gave my brother the date of his death. They said he was brought dead to the hospital. They spent nearly 30 minutes doing this and finally they said his death certificate was dated. It was on the morning of Monday, January 15.

We have asked him many times why his death certificate is only dated January 15. We saw there were 37 months between his death and his death certificate. We don’t know how many months he was alive after the accident. We have requested from the Lagos state government to bring his body back so we can have closure. It has been two years since the accident and he has not been buried yet.

A few months ago, one of my brothers died. We went to pick his coffin and they told us his body was already in the mortuary. That’s not right. They should do something about this.

When someone dies, they should help families in their grief. They should be there. I cannot afford to hire a taxi for the last 40 minutes of my brother’s life. When he was at the hospital, he had died and I had to wait outside the hospital for him to be taken to the mortuary. How would I have been able to wait? I still haven’t seen his body.

We have been seeing this issue of people dying at the toll gate for many years. And that’s when my brother asked me to call you so that we can figure out what to do with this.

He was a good kid, very humble. He wanted to become a banker and was always begging me to help him study abroad.

After my brother died, he left for South Africa to study. We would always visit him and he would always say, “When are you coming back?” He was very proud of his grades. He liked soccer, a lot of soccer. I told him, “Ok, I’ll just come visit you.”