Vice President Mike Pence stepped back from a shadow cast by the president’s deteriorating relationship with the mainstream media Monday, leading a pitch for small-government policies in New Hampshire. Seeking to drive a wedge… 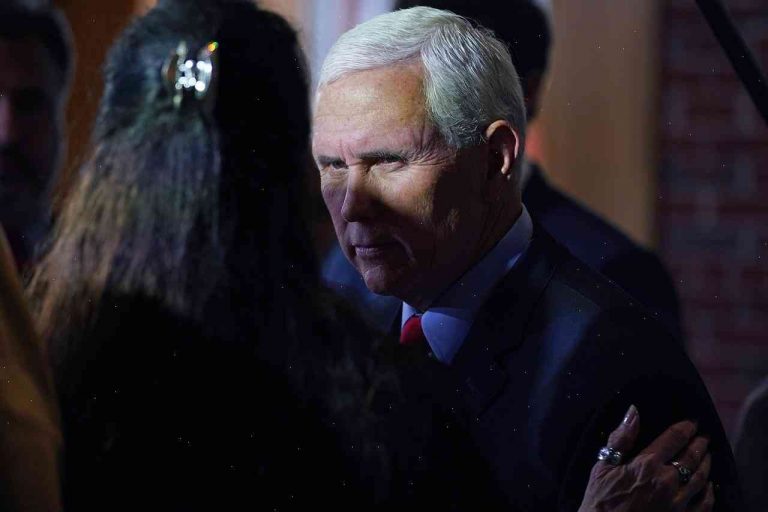 Vice President Mike Pence stepped back from a shadow cast by the president’s deteriorating relationship with the mainstream media Monday, leading a pitch for small-government policies in New Hampshire.

Seeking to drive a wedge between conservative organizations and, more recently, Donald Trump, the vice president took on established media outlets such as The New York Times in an attempt to make his case to GOP delegates gathered for the New Hampshire Republican Party’s state convention.

“We’re calling on the media to have their own time to focus on specific things that are important to the public, like the fact that the director of the FBI and deputy attorney general for both the administration and the previous administration are now on record saying that there’s no collusion with the Russians,” he said.

Tensions between White House press secretary Sarah Huckabee Sanders and the media, particularly The New York Times, have flared on a handful of occasions. Even so, Trump has managed to sell his agenda through conservative media outlets such as Fox News, and Pence noted to the delegates that they also need to keep the president in mind.

“We’re going to rely on you as those reporters will continue to have a balance,” he said, adding that the press must “not take their cues from an opposition party.”

Vice President Pence met with members of the New Hampshire Congressional delegation ahead of his formal speech at the convention, including Sens. Kelly Ayotte and Susan Collins, both R-Maine, and Reps. Frank Guinta, R-New Hampshire, and Scott Brown, R-Massachusetts.

Brown echoed concerns that voters had raised about the Department of Justice taking over an investigation into Russian meddling in the 2016 election.

“We can’t allow investigations to go on for years,” Brown said. “You’ve got two people who have to leave for various reasons, including health matters, and yet the Department of Justice, to do anything more than concentrate on their investigation, would cause great delays.”

As Vice President Pence opened his address, former President George W. Bush was sworn in to the chamber to watch and listen. Bush still has the most popular approval rating of any current president, according to a Fox News poll released this month.

The second vice president, former Rep. Dan Quayle, R-Ind., pointed to parallels between the president’s approval ratings and what happened to his vice president.