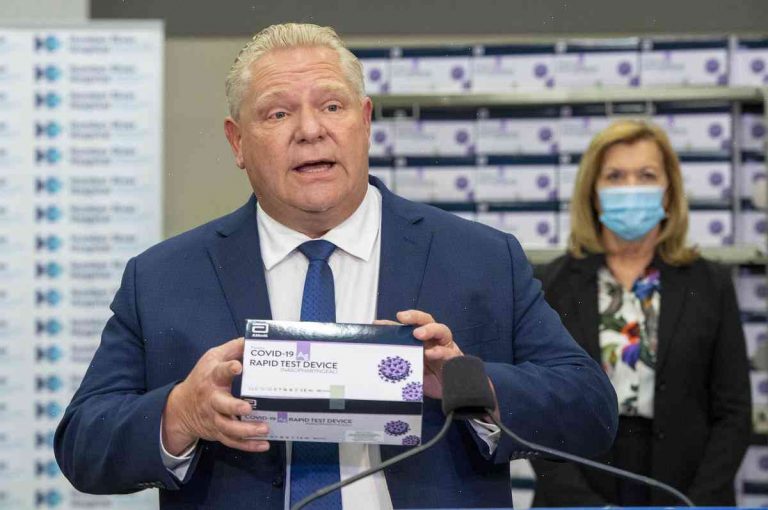 In early July, my sister, Emma Teitel, and I went to Ottawa to call our voices to the federal government about a little program called COVID-19. It’s a mobile sampling for lead, water testing device. It allows for citywide, immediate testing for lead poisoning for children in Toronto.

It’s also technically only for schools. The CAN $7m grant from Health Canada was to go into nine different public schools. In fact, a federal Toronto school board has already purchased a few. One area, north of Louth Street near Lansdowne Park has over 1,000 kids who live in school buildings that could be affected.

The big reason COVID-19 has been a hot topic in Toronto is that there’s not much of a medical safety net when kids are exposed to unsafe levels of lead and can no longer wash their hands, eat their food, or drink their bath water because they’re too sick. There’s no emergency room, no addiction clinic, no emergency room obstetric clinic and no physician when they’re sick.

The federal government will not fund different surveillance programs to fight Lead Poisoning in children because it’s “not political”. Maybe they should change their minds but for now they’re in the position of saying it isn’t important enough to fund, but the Toronto school board funded it. So it has to be because federal money is more important than the life and health of the children at risk of lead poisoning.

Considering our fight was to have the government fund a program that worked for hundreds of thousands of children in Canada’s largest city, the party’s decision to pull back funding is insulting. It just confirms to us all what we have known all along. I was thinking about this over the weekend as Doug Ford made statements that threaten our health and wantonly pass up a tool we know is necessary for our children’s health.

The Good Reverend Reverend M. William Devine, or Synanon as he is more commonly known, has tweeted us and called for students not to return to school if Mr Ford is not ready to show a commitment to our kids. That’s the message we want to hear from the mayor-elect as he considers the funding issue.

I sat down with Mr Devine on Sunday morning to explain how COVID-19 saves our lives. We explained how our work also reduces youth crime and helps bring families back together. We showed him a video and explained how lead poisoning can become a life-long chronic illness with serious health risks. And that all of that could be done with lead blood screening if we got the funding to make it a reality.

Mr Devine said he appreciated the video and called for the government to come up with a solution, but as he said: “Obviously, under no circumstances would I have mothers having to call 911 to say their child is having trouble breathing because they didn’t see any other options.”

Maybe Mr Devine believes children should live in fear, and since he believes in fear, does that mean he supports lead poisoning? The message we want Mr Ford to hear is that COVID-19 is a life-saving device. It’s not just for parents and healthcare workers – it’s for moms, dads, kids and teachers. The threat is real and he must act.