The undefeated and top-ranked University of Akron-Corinthians Women’s Soccer Club (USC, USCH) completed their four-game unbeaten run against the Southeastern Conference Team at the AUSA Women’s Cup, the season finale Saturday (3) at The… 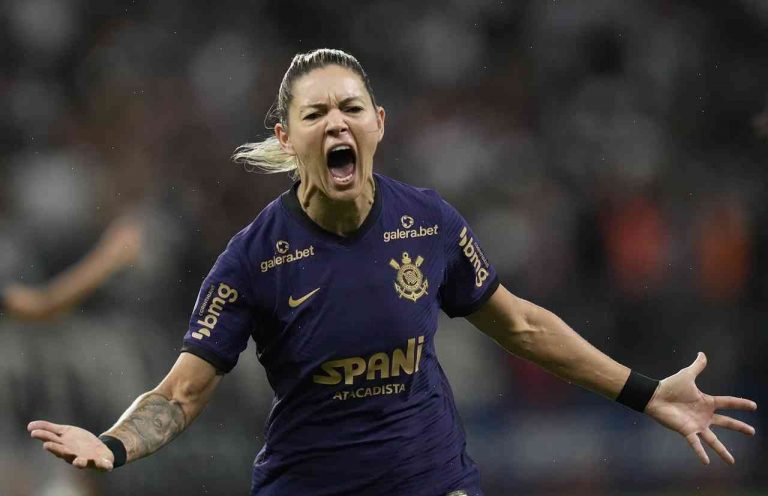 The undefeated and top-ranked University of Akron-Corinthians Women’s Soccer Club (USC, USCH) completed their four-game unbeaten run against the Southeastern Conference Team at the AUSA Women’s Cup, the season finale Saturday (3) at The University of Louisville.

“It has been an emotional week. We do not take this journey lightly as we knew we were going to be a tough team to beat,” said Coach Jay Marshall, Coach of Corinthian Soccer Club. “Our girls played hard and I am proud of their effort. Both teams played excellent soccer tonight. We faced a good and tough opponent and I thought our team showed great composure and shown character under the pressure.”

Three goals from junior forward Ryota Suga proved to be the difference as the USCH women’s soccer team ended the season 3-0 in a grueling game with the Southeastern Conference Conference Team. Suga was also named the tournament’s Most Valuable Player. All three of her goals were tallies in which the ball hit the back of the net inside of the same top corner of the net.

Corinthian kicked off the game with a 1-0 victory after a first half goal by Suga in the 20th minute of play. They would finish the match 6-0-0 with a stunning hat trick by Suga. Two minutes after the USCH’s opening goal, Suga followed up with her second goal of the game off a well-placed cross in which she easily knocked in the back of the net. The USCH club extended their lead to two goals for a commanding 2-0 lead.

After one of the team’s biggest challenges ever during the match, student athlete Stephen Ogden put the ball into the back of the net off a cross from Kathryn Mook, who played the entire game on the backline.

Mook got into a collision with another Southeastern Conference team player after she tried to clear the ball, prompting a code red warning and an ejection.

After that, it was just a matter of time before the Southeastern Conference Team would get on the board. A hard-fought battle ensued between the two teams until Suga capped off the day off with her third goal in the 70th minute of play with her hat trick.

After Suga completed her hat trick, goalkeeper Alexis Guedes-Rioz joined her on the USCH Hall of Fame in the form of this season’s Hero of the Match. He was chosen by the USC coaching staff as the USCH’s Hero for the match, putting an exclamation point on a superb career finish. Suga led all USCH players with her hat trick, while Anna Pantoni added two assists.

“I am very proud of the work that the team put in,” Suga said. “This is our best year as a team. We still have a lot of improvement left.”