They call it the Green Light, but it’s actually the red-light train you need to avoid

Step off a train at the Broadway-Lafayette Green line stop in Brooklyn Heights and you’ll encounter a confused look on the face of every pedestrian in the area. The green-and-yellow strip, with the No…. 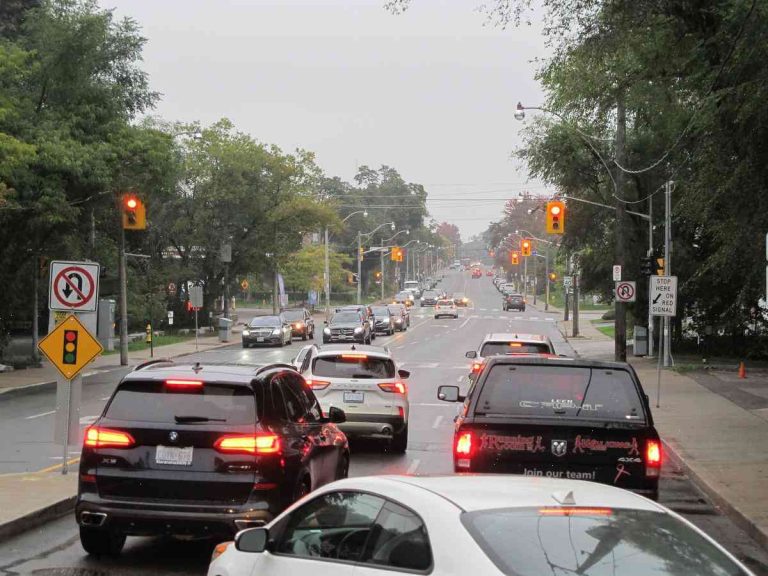 Step off a train at the Broadway-Lafayette Green line stop in Brooklyn Heights and you’ll encounter a confused look on the face of every pedestrian in the area.

The green-and-yellow strip, with the No. 1 line logo and the E-train bar code on it, has been known for months to cause itchy eyes and filled with regret. It doesn’t much matter if you have a MetroCard or aren’t a train rider; it has changed hourly, day and night, regardless of how busy or deserted the area. And despite light-rail lines in the area that carry thousands of riders per day, such as the Brooklyn-Queens and the L, there is apparently no mechanism in place to force the light to turn red at night.

Sometimes it can last up to an hour after it stops running. Usually, however, it will turn red within minutes. If you’re on foot or biking, stopping for a pedestrian is extremely dangerous.

“Because it’s not forced on people, many people walk by it, it doesn’t discourage any number of people from crossing the street,” Upper West Side resident Amy Watson, 50, told The New York Times in November. “If they don’t force it, why force people to walk by?”

A spokesman for the city’s Department of Transportation told the paper the light was installed about five years ago as part of an initiative to improve pedestrian safety along the Green-Lafayette line, which is one of the busiest rail lines in the system. New York’s first train started running in 1869.

But, as The Times noted, something that may seem innocuous can turn deadly in an instant: Back in 2014, a pedestrian was struck and killed by a train at a Brooklyn station just weeks after the agency switched the on/off switch for the green light.

The crosswalk is a busy one: There are 1,503 pedestrians and 549 cyclists who pass through the crosswalk each day, according to the Department of Transportation. The Washington Post reported that it is the third most-used public transit stop in the area, behind Penn Station and the Lexington Avenue station.

In 2015, hundreds of people began complaining of the red light, which turned yellow but remained red 24/7, even after a similar system was in place for F train and Q subway customers, the paper reported. At that time, the agency was meeting with stakeholders. However, this idea was met with indifference. “Even if an amendment was made, the MTA couldn’t control how many people would use the signal,” the paper noted at the time.

The MTA has a webpage on its website about green-light lights that currently highlights the Green-Lafayette station, but it goes beyond, with two separate pages on safety and information for pedestrians and cyclists. The section on road-safety seems to be the only part of the website dedicated to the green light.

There are two routes that can be used to beat the green light: a footstep and an Uber trip to Queens. Take the F line down the side of the road to Queensboro Plaza, then catch the A train over the Williamsburg Bridge to Bay Ridge. (This option requires that you leave Queens within 10 minutes of being in Brooklyn.) Once you are in Bay Ridge, take the Q train to Clinton Hill, where you can walk the rest of the way.

Because it’s a bad sign when a seemingly small decision goes so terribly wrong.