A 2014 Iran missile attack on a US warship, which left 13 US soldiers injured, including a number of Purple Hearts, has been brought forward by six years and now looks set to claim… 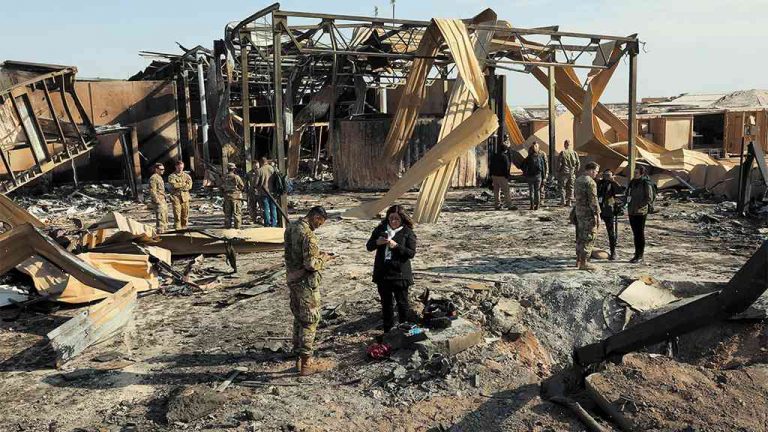 A 2014 Iran missile attack on a US warship, which left 13 US soldiers injured, including a number of Purple Hearts, has been brought forward by six years and now looks set to claim a place in military history.

The 2010 Iranian missile attack came after US President Barack Obama told a House committee that Tehran must stop enriching uranium – a demand that Iran’s President, Hassan Rouhani, said had begun a new phase of hostility towards his country.

Following the launch of an Iranian missile on the USS Cole in the Gulf in October that year, two months later four US Marine guards were gunned down in a Shia mosque in Iraq and a week later 21 people were killed in an attack on a Pakistani army post.

In January 2010, a 12-member task force was flown from the United States to Evin air base in Iran on a secret mission to investigate the ship attack. The four members of the task force were members of the US Navy’s 4th Fleet, based in the Gulf.

There was a brief suspicion in Iran that the US task force was actually acting on behalf of Israel, which was believed to be hostile to Iran and may have been responsible for the 2009 Israeli raid that killed Iranian nuclear scientist Shahram Amiri. In February 2010 a Pentagon press release said that American warships and ships were able to use Evin air base effectively, “even in the face of Iranian cover attempts to prevent it”.

In January this year, the Iranian Missile Force claimed it had tested a new weapon, capable of shooting down aircraft. The terror group that claimed responsibility, Khorasan Province, declared that it did not distinguish between “true” Shiite and “non-sovereign” planes.

On 22 January, after an Iranian missile attack on two US military aircrafts, two US Army Blackhawk helicopters and an F-16 fighter jet were downed and later recovered by Iranian forces.

Iranian Revolutionary Guard Forces officials said that they fired on the aircraft as they approached the central Iranian base of Khadem Air Base.

The Iranian Revolutionary Guard Forces defended their actions as “self-defence”, saying it is defensive and that the aircrafts were trespassing inside Iranian air space.