NEW DELHI – India’s top military commander in the country’s west was among 13 service members killed Friday when their helicopter crashed outside a camp of its army base, the defense ministry said. Defence… 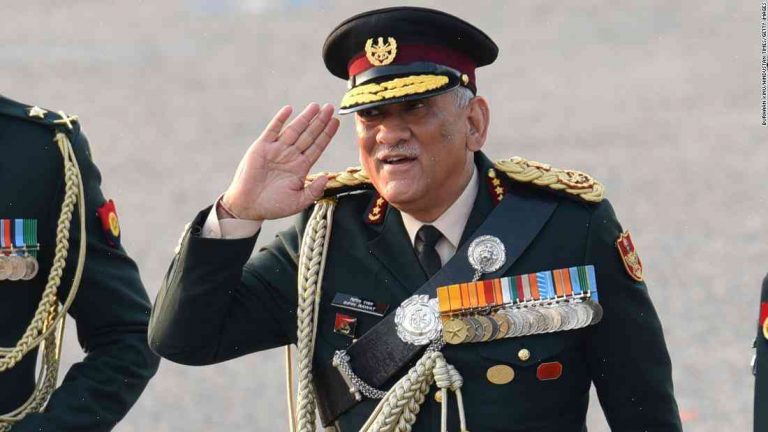 NEW DELHI – India’s top military commander in the country’s west was among 13 service members killed Friday when their helicopter crashed outside a camp of its army base, the defense ministry said.

Defence Minister Nirmala Sitharaman said retired Maj. Gen. Sambit Patra, who was serving as assistant director general at the Indian Army’s headquarters in Srinagar, Kashmir, was among those killed in the incident. The area is located about 120 miles north of Jammu and Kashmir’s capital, Srinagar.

The military said the Makani helicopter had gone down around noon, minutes after taking off. Sitharaman said 10 of the 13 killed were serving personnel of the army, seven of them within the camp of Jammu and Kashmir’s army headquarters.

Patra, however, remained officially the assistant director general until Saturday and was one of several such officers at the camp.

The U.S. Army has conducted research at the Jammu and Kashmir Army Headquarters for its Medical Operations Center, and two agreements have been made between the two nations.

Sitharaman said the military would investigate the cause of the crash and that a memorial service would be conducted for the victims, in which U.S. Consul General Andrew T. Dawson would represent the United States.

“The department of defense extends deepest condolences to the families of the deceased,” Sitharaman said.

About 400 troops were at the camp at the time of the crash, according to P.S. Krishna Kumar, India’s defense spokesman.

There have been a number of helicopter crashes involving Indian air force personnel since the incident in Mumbai in 2012 in which, according to Defense Ministry figures, 17 lives were lost. The New York Times reported that the 18 killed in the Mumbai accident included an American pilot.

Defense ministry figures show that crashes involving Indian Air Force choppers are the deadliest among the armed forces. The other fatal crashes, according to the Indian Army, involve aircraft operating in eastern India.

According to the Defense Ministry, the country has paid out about $4.5 billion to purchase helicopters over the past 10 years, saying the policy is aimed at reducing accidents in the air force.