Updated on Tuesday 5 April 2020 New Streetcars have just hit their 35th birthday, but they won’t celebrate much longer because plans for the next generation are changing. New Stations & Stairs This story… 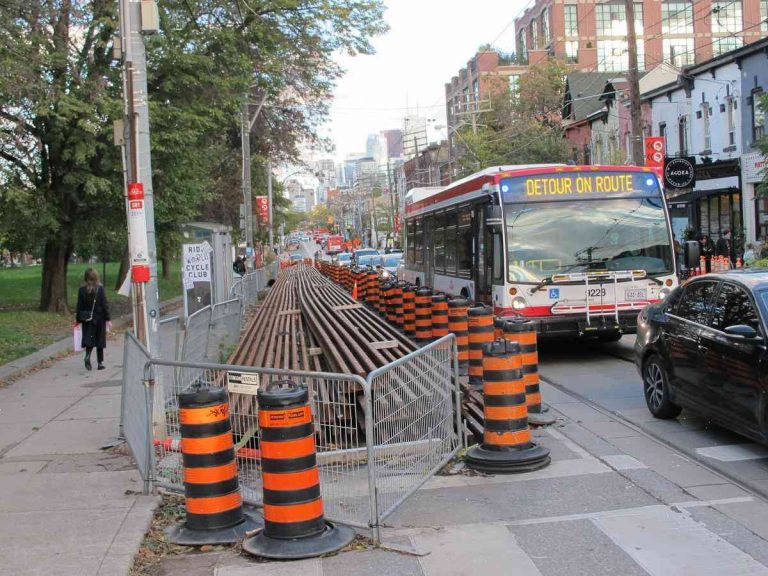 New Streetcars have just hit their 35th birthday, but they won’t celebrate much longer because plans for the next generation are changing.

This story was originally posted November 28, 2015

The historic corridor between the Cathedral of Christ the King and the White Street car lines – which served the streets of Roxbury and Roxbury South – evolved by giving the urban landscape a sense of permanence and local character.

Notions of “precision” were not permitted. This, along with government regulations to minimize pollution from rail lines, contributed to the development of the area.

But because of the tight timetable of construction of the lines – a three month turnaround, including its installation – a sense of permanence and continuity was achieved. All that changed in November 1983.

“Much of the track remained curbside throughout construction, and while this created a sense of consistency, it also created a set of blind spots that are still exposed on the new lines,” explains Daniel C. Carrigan, the Executive Director of the historic West Roxbury Conservation District.

“New technology and track quality work that permits fly-swatter cars to pass over the tracks means that demolition of the curbside storage system is not an option on the new lines.”

Instead, streetcars were fitted with steel wheels and fixed rails, which meant that for decades, the tracks continued to carry cars for the trains that followed.

It turned the historic curve for each line to a drawbridge.

But once they were fixed, the curve went away, and the curve came back with rail cars without curbside storage.

Ridership and The Tide

Changing attitudes, as people replaced bicycles with cars and as routes were duplicated – changed the usage patterns of the lines.

Carrigan said residents of downtown have adapted well to them. There is “an element of convenience and actually some drivers going off the route to collect other routes. There is quite a bit of demand for curbside storage on some other sections”, he said.

In their search for a more cost-effective and cost-efficient system, project administrators have shifted to the “ice” system, which will involve the conventional and the detachable “turf” system, which means that cars will be able to be moved around.

DCP participated in the design phase of the project when the details of the ice system and “turf” system were developed, and provided market-tested piloting of equipment and loading routes prior to the final design phase and implementation of the various systems. DCP is committed to developing further modifications to meet the proposed design of ice and turf systems in consultation with the streetcar pilot cities.

The new uptown streetcar is on schedule and it is currently in testing. Based on the results of the testing and the insights into the existing system, system design changes will be implemented as the redesign to the uptown route proceeds, according to a press release from DCP.

It’s hard to get an accurate gauge of how much money the rail improvements are generating for Boston, but the Good Morning America story came out at the height of the economic boom in Boston and one would think that’s exactly what all streetcar projects depend on.

That thing you can do with your hand if you hold it up long enough.

Jonathan Chait, a train historian, blogs about transportation at The Ride.

Professor of Genetics, Author of “Viruses and Humanity”