Floods caused by heavy rains in South Sudan have displaced hundreds of thousands of people, the International Federation of Red Cross and Red Crescent Societies (IFRC) reported. The rains, which have killed hundreds, are… 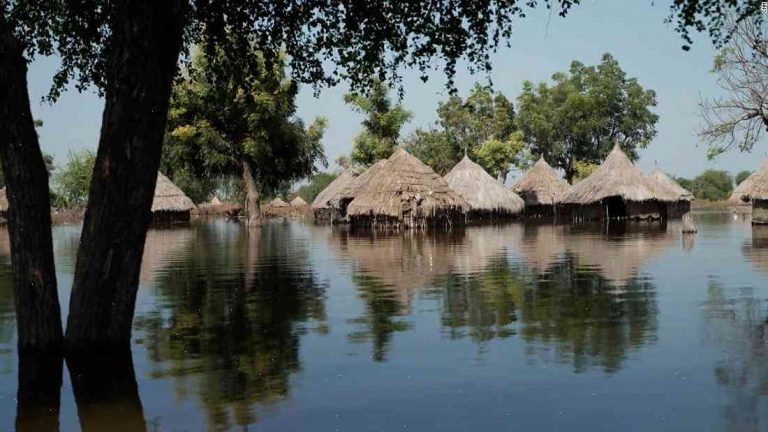 The rains, which have killed hundreds, are expected to continue through June. “We can only hope that it is more effective in mitigating against this and other disasters such as drought and flooding,” IFRC’s head of relief operations Benoit Veysel said.

Floods in five states forced the government of South Sudan to close the capital city of Juba, which holds about two million people. “Insecurity, involuntary displacement and famine have made South Sudan one of the world’s most unstable countries,” the IFRC report said. “The government and humanitarian partners do not have enough funds to address the growing humanitarian challenges in South Sudan.”

Tensions within the government also hindered relief efforts. The IFRC was forced to suspend its operations in Juba in April and later said it was banned from supplying aid to the community.

The report said that in July of last year more than 800,000 people were affected by flooding in Jonglei, about 200,000 were displaced in western Bahr el Ghazal and another 40,000 in Eastern Equatoria.

The IFRC has set up an emergency center in the capital, Juba, and to date has funded the building of nine temporary camps which hold more than 12,000 people. The organization is also carrying out risk assessment.

The IFRC is also encouraging people to register with them for help but warns, “fear and paranoia in a situation where armed groups and the military are often on the scene, make it difficult for civilians to speak out about their needs.”

As of 2017, the IFRC had been active in South Sudan since 2014 when conflict broke out in a bid by President Salva Kiir to retain power. The region, which also hosts millions of refugees from neighboring Sudan, where a civil war began nearly 20 years ago, has endured armed conflict. The United Nations this week said the number of refugees in Sudan is now 2.5 million, the largest number of those who fled their country in Africa.

Scott Johnson contributed to this report